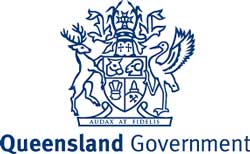 Tim Mander is a family man and life-long resident of Brisbane's North-West. Married to Gayle for 35 years, they raised four children in the district.

Tim is a known local identity through his 20-year career as a leading NRL referee, earning respect for being fair, even-handed and making accurate decisions under incredible pressure.  Tim’s political objectives aim to echo his refereeing skills – to win respect, not necessarily popularity.

For the six years prior to being elected, Tim was the CEO of Australia's fastest growing youth and children's organisation, he has overseen the massive growth of the nationally acclaimed school chaplaincy program.

This role reflects Tim's commitment to ensuring children have every opportunity to reach their full potential. He believes this can be best achieved by strengthening families.